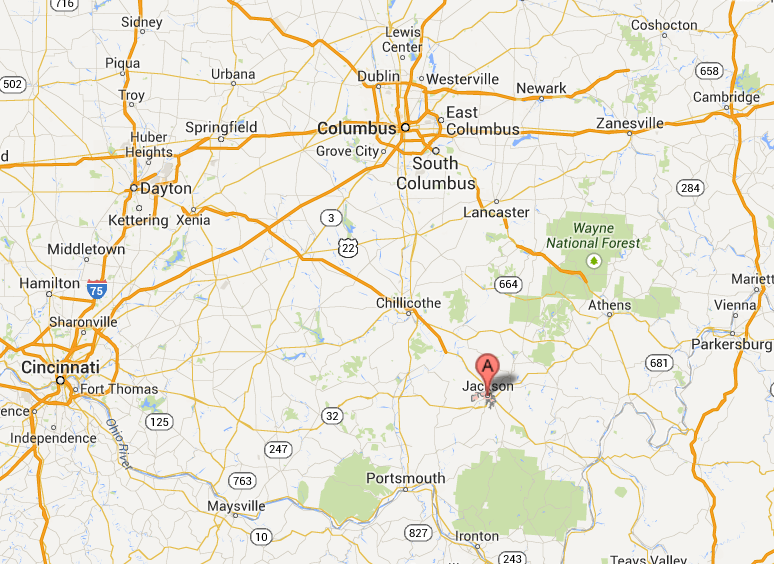 The City of Jackson, Ohio, population about 6,700, is the county seat of Jackson County, in southeast Ohio about 75 miles southeast of Columbus. Jackson is a typical small friendly Midwestern town. It has an active arts group and two local history organizations. The high school seems to care more about football than academics, which is typical for the area. After high school, many students attend the University of Rio Grande, a small college twenty miles south, or Ohio University, a larger school thirty miles east, in Athens, Ohio, or The Ohio State University, in Columbus. Over the years, lots of Welsh folk have moved into the county, especially in the southern part. Residents have made their livings in the past in farming, coal mining, iron manufacture, and uranium processing. Nowadays most jobs are found in two frozen food plants in the county, and in various occupations related to medical care. Jackson used to have several apple orchards in its environs, and it still has a water tower dressed up as an apple. Its community festival is the Apple Festival, in September each year. Jackson is a nice place to live, and a good place in which to rear children. It is home to Aggie and me. 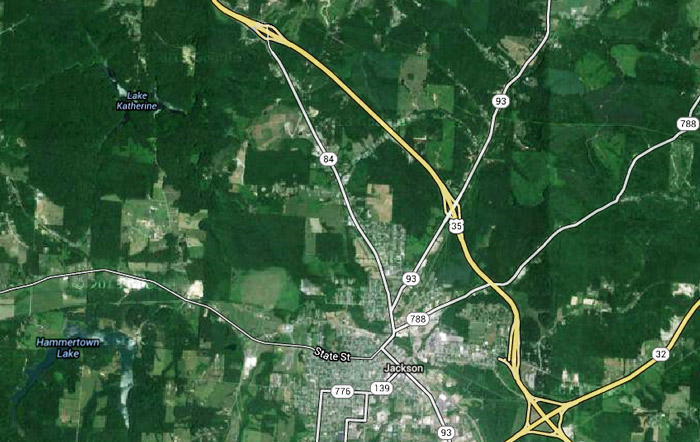 Located about two miles northwest of Jackson, Ohio, Lake Katharine State Nature Preserve contains 2,000 acres of undisturbed Appalachian ridges and ravines as well as a 100–acre man–made lake. Lake Katharine is well known in Ohio as a site to view wildflowers, particularly in the spring, and 5.5 miles of walking trails thread through the preserve. Because the prehistoric Teas River had flowed northward through the area depositing plant seeds, remnant populations of Bigleaf and Umbrella Magnolias still thrive there. Lake Katharine is the largest nature preserve in Ohio, acquired in 1976 by gift from two local businessmen, James J. McKitterick and Edwin A. Jones.   Katharine‚ with an “a” in the middle‚ was Mrs. Jones’s first name. Before the state acquired the land, the owners hosted a boys’ camp named Camp Arrowhead there from 1947 to 1965. Many decades before that, the area had been mined for coal. Signs still remain of Native Americans having passed through the area before white men arrived, perhaps on the way to the nearby salt licks.

About Your Author‚ William C. Martin 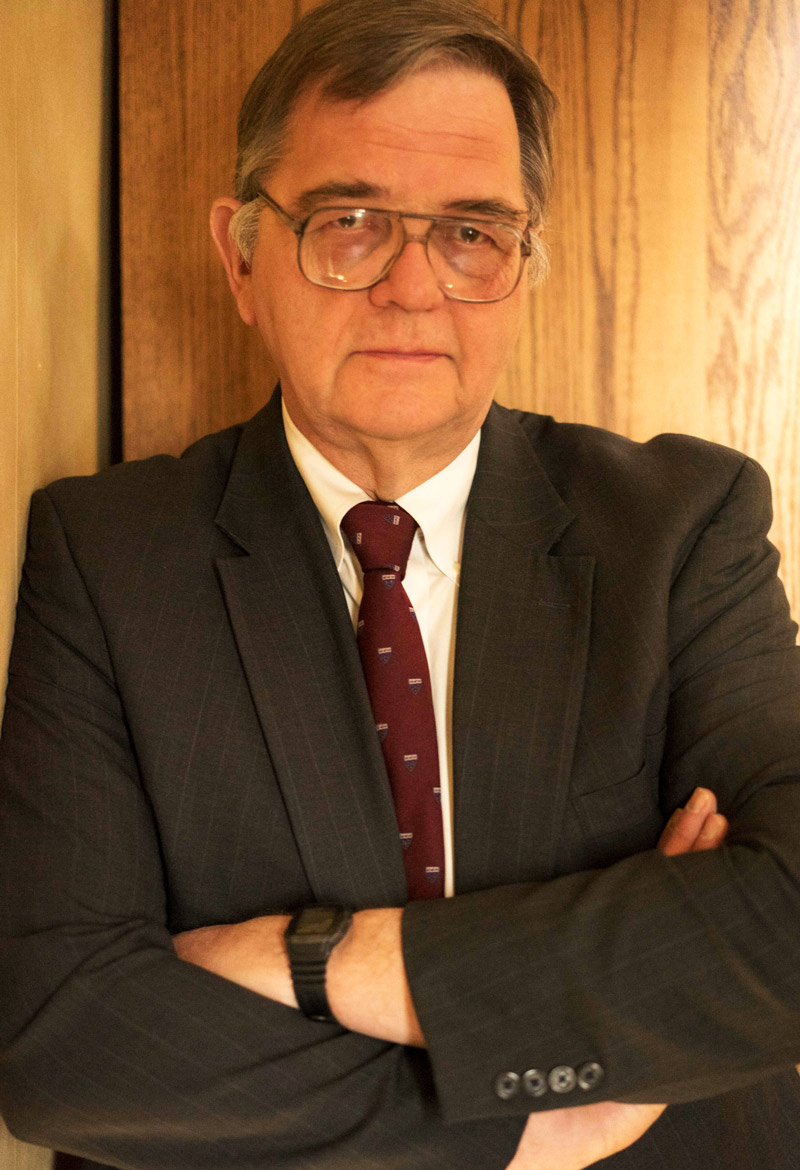 I am Bill Martin, a mostly retired local lawyer. My professional website is billmartinlaw.com. My wife Aggie and I have been interested for many years in local spring wildflowers, local history, and travel. I maintain another website‚ at jacksonww2vets.com‚ which includes oral histories of seven local World War Two veterans. This web site where you are now focuses upon the results of our interest in wildflowers.